Back to catalog
Lot 8B 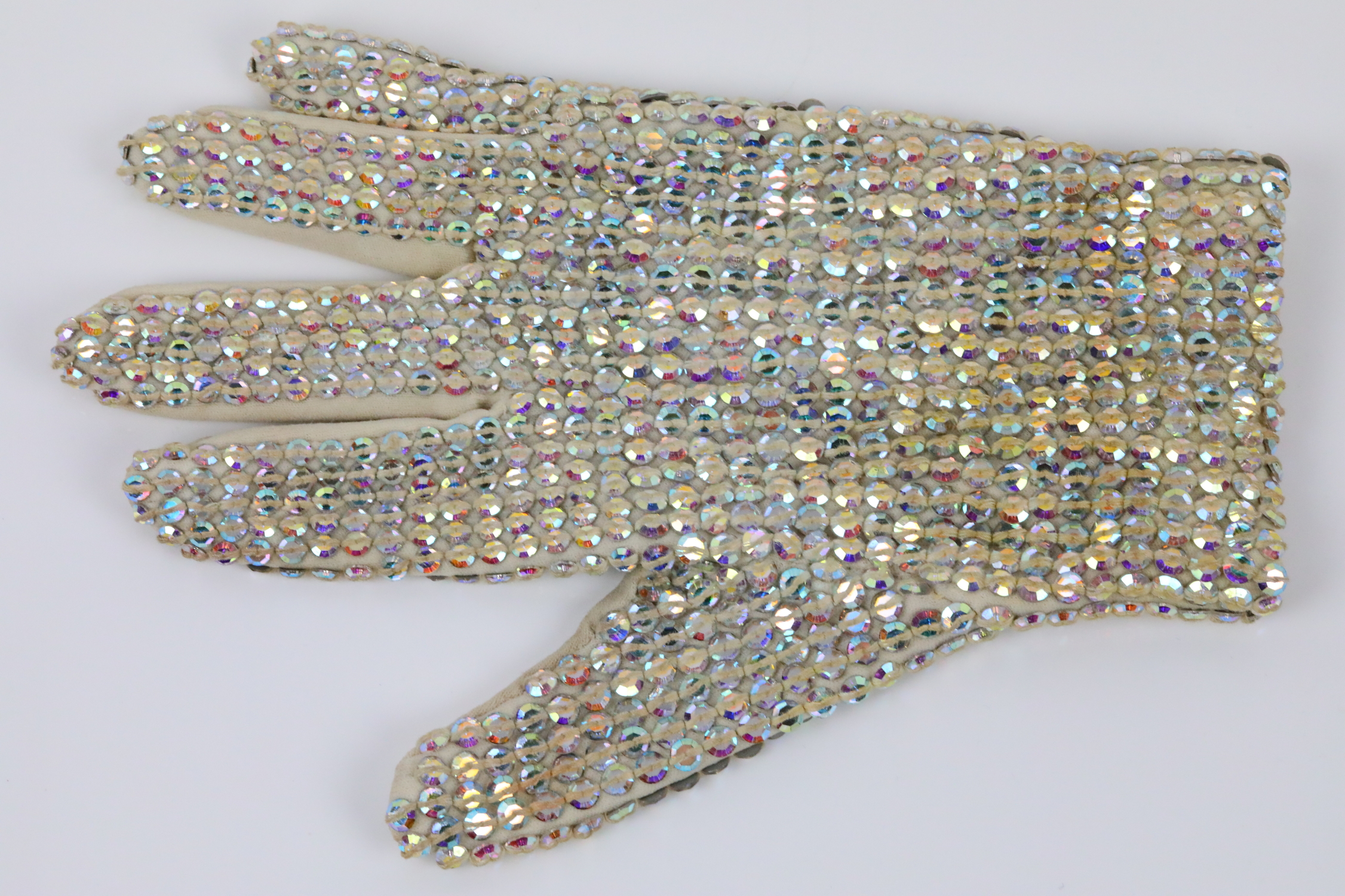 Michael Jackson's Personally Owned Right Hand Crystal "Missing" Glove (Never Before Offered at Auction) W/COA & Letter of Provenance - This glove was personally owned by the King of Pop, Michael Jackson, and has never been offered to the public. This "missing" glove was shipped from Paris, France along with other items owned by Michael, and was then put into storage in Los Angeles, California. The items were in that storage facility for around 8 years and the bill was not paid, resulting in a lien sale of the facility around 2003. The storage unit was purchased by two gentleman, and this glove was sold privately to our client in 2010 and has been in that private collection ever since. This iconic white glove is embellished with sewn-on iridescent crystals, and is in beautiful condition. The piece will come with a certificate of authenticity, along with a letter of provenance from the purchasers of the storage unit. Michael Jackson (1958-2009) was an American singer, songwriter, and dancer known as the "King of Pop". He was one of the most popular entertainers in the world, and was the best-selling music artist during the year of his death. Michael Jackson was a global figure in popular culture for over four decades, and his albums are among the world's best-selling albums. He has won hundreds of awards, making him the most awarded recording artist in the history of popular music, including 13 Grammy Awards, the Grammy Legend Award, the Grammy Lifetime Achievement Award, 24 American Music Awards (more than any other artist). Michael Jackson has estimated sales of over 350 million records worldwide.