Back to catalog
Lot 3 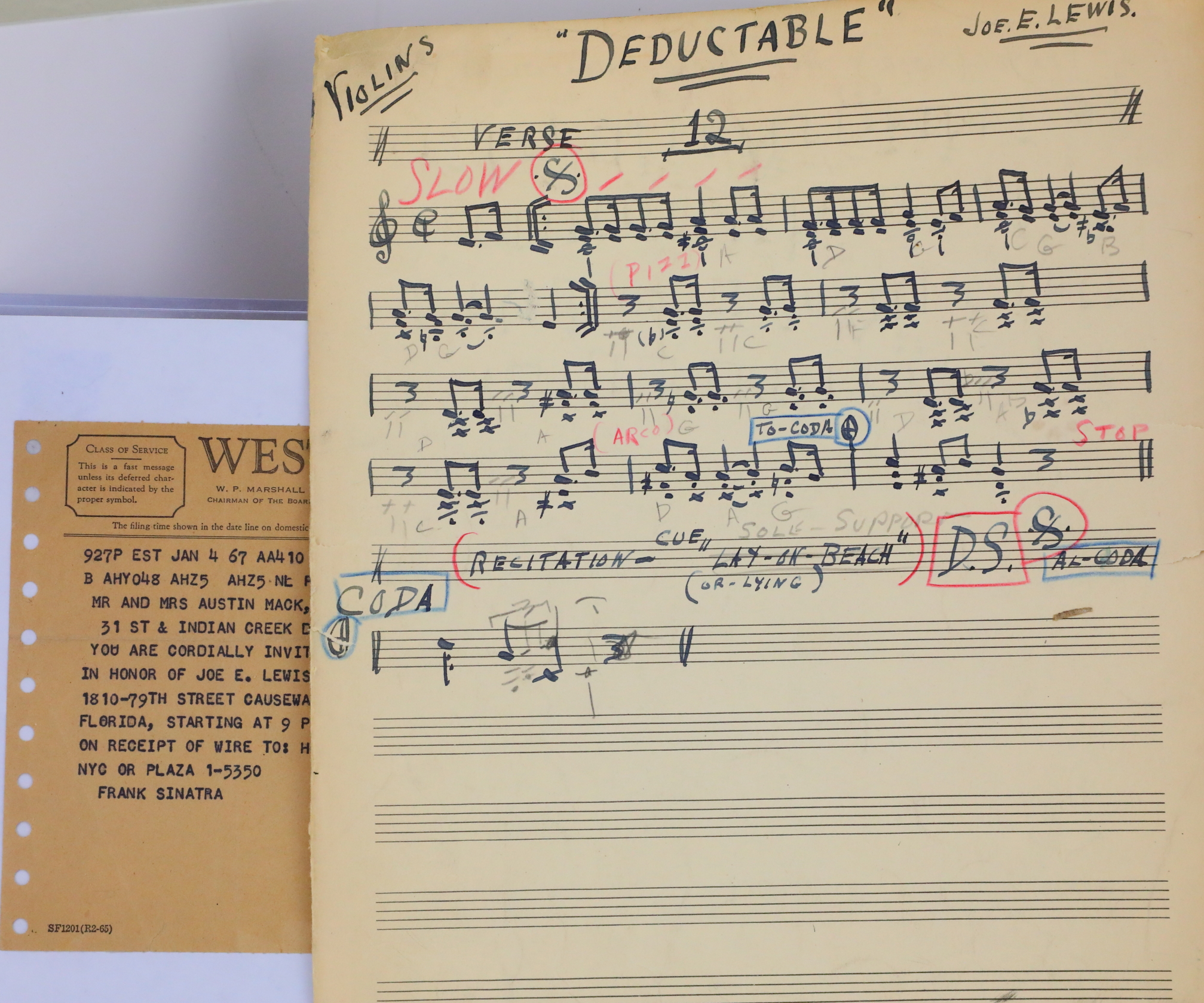 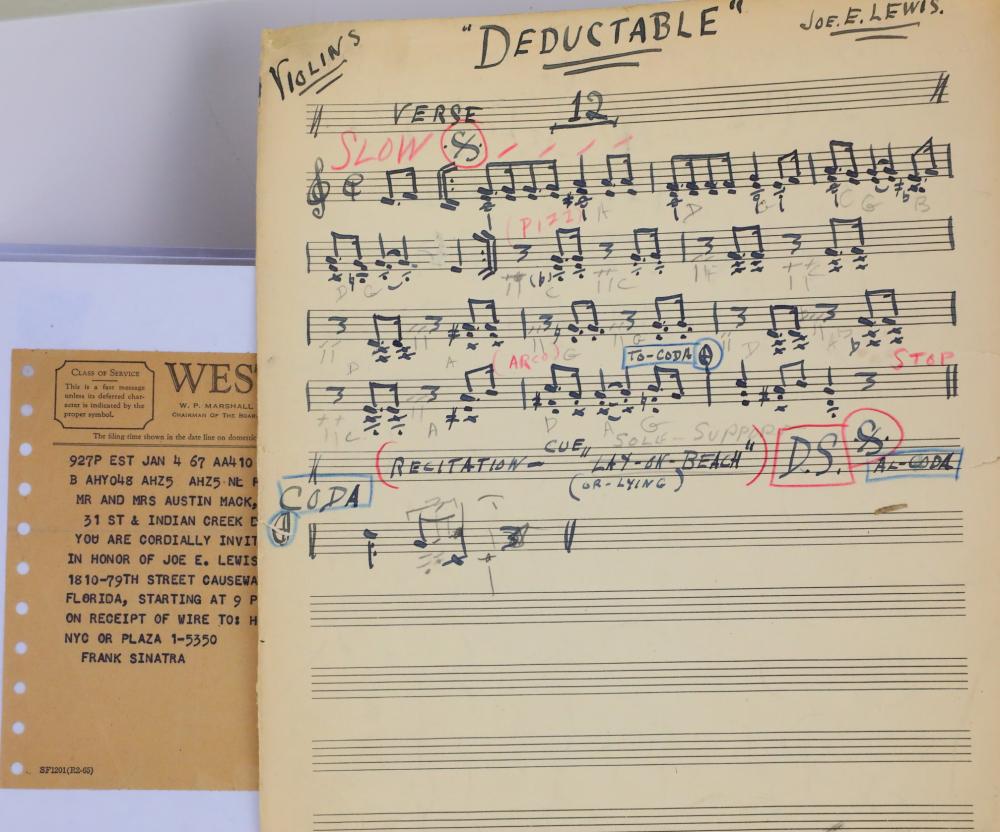 Frank Sinatra Prep Sheet Music From "The Joker is Wild" From The Joe Franklin Memory Lane Collection W/LOA - This is a collection of prep material that was personally used by legendary performer Frank Sinatra to prepare for his role as comedian Joe E. Lewis in the 1957 film "The Joker is Wild". The collection includes hand written sheet music, a photograph and a joke telegram sent to Sinatra by Lewis himself. These items were acquired from the collection of Joe Franklin, the legendary American radio and television host personality, author and actor, whose show featured famous guests such as Andy Warhol, Elvis Presley, Marilyn Monroe, Salvador Dali, John Lennon and Yoko Ono, and countless others. Franklin had a love of collecting momentos from his guests, and would ask each guest to leave him a personal item, many of which would oblige. These items will be accompanied by a letter of authenticity from Franklin. Frank Sinatra (1915-1998) was an American singer, actor, and producer who was one of the most popular and influential musical artists of the 20th century. He had a successful career as both an actor and musician, and is one of the best-selling music artists of all time, having sold more than 150 million records worldwide. Sinatra was honored at the Kennedy Center Honors in 1983, awarded the Presidential Medal of Freedom by Ronald Reagan in 1985, and the Congressional Gold Medal in 1997. He also earned eleven Grammy Awards, including the Grammy Trustees Award, Grammy Legend Award and the Grammy Lifetime Achievement Award, "the greatest singer of the 20th century". Frank Sinatra continues to be seen as an iconic cultural icon today.