Back to catalog
Lot 7A 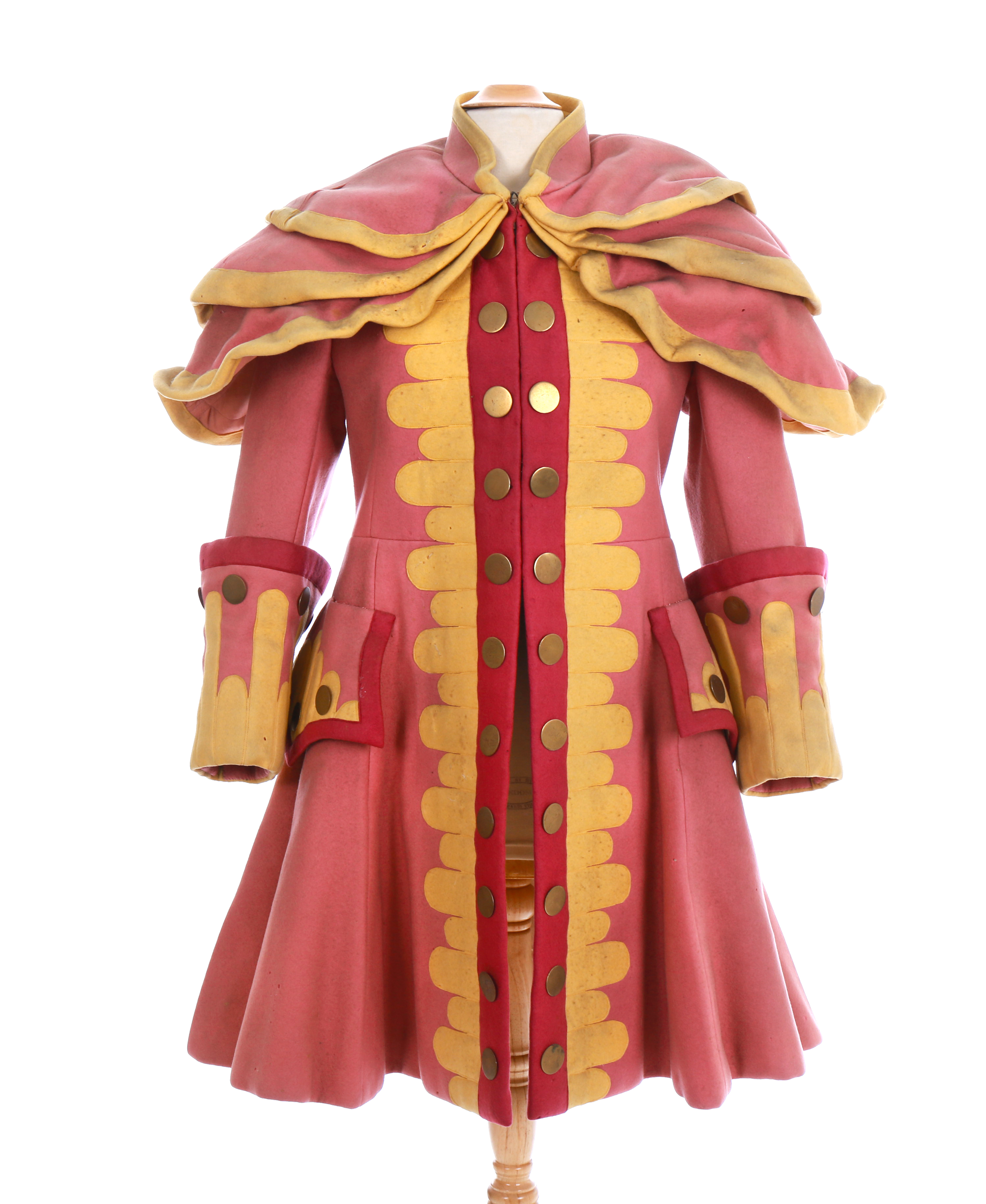 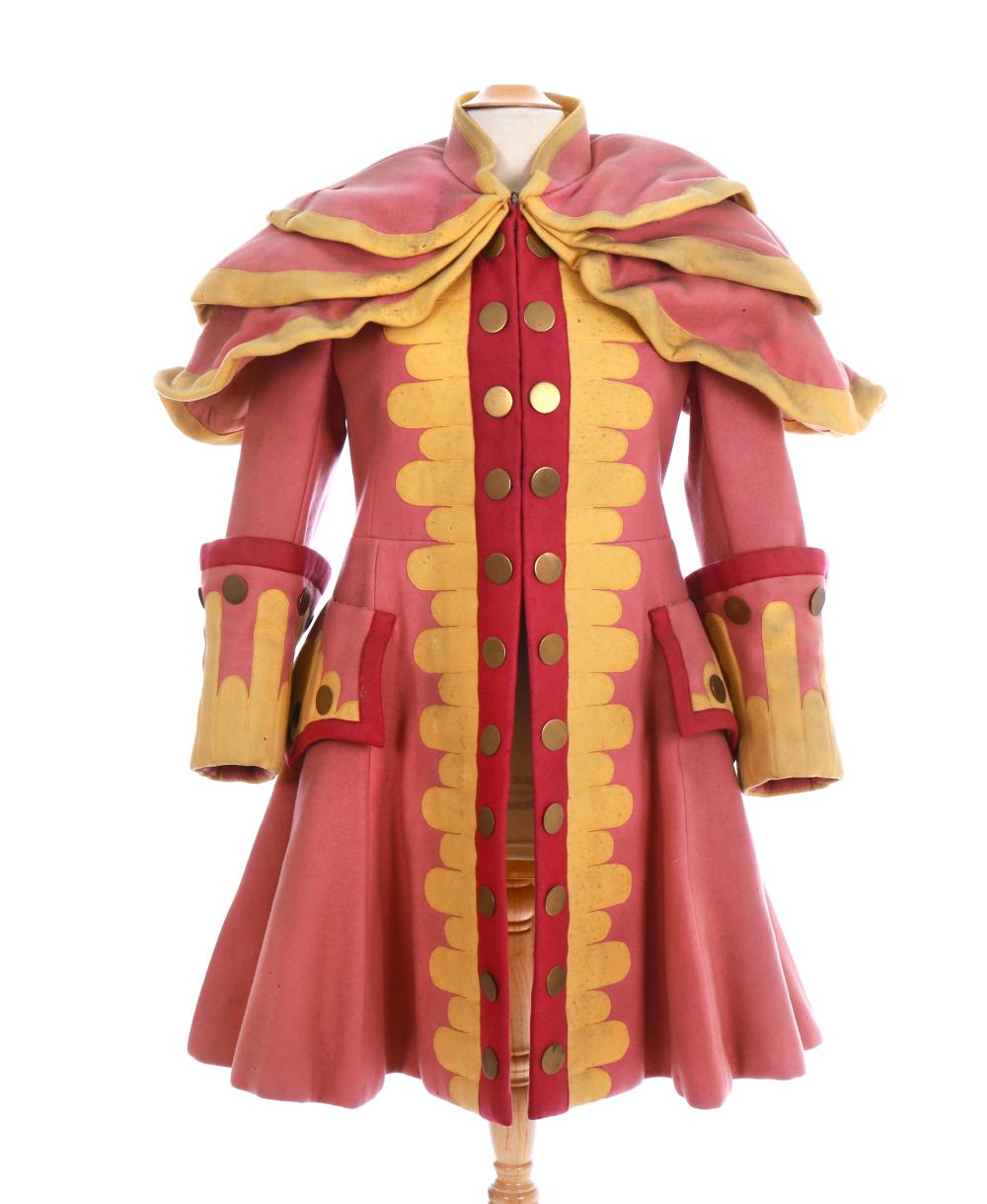 The Wizard of Oz (1939) Munchkin Frock Over Coat Designed by Adrian W/COA - This spectacular piece of iconic memorabilia is a frock coat that was made for the infamous 1939 MGM production, "The Wizard Of Oz", starring Judy Garland. This garment was previously owned by one of Hollywood's oldest costume houses, and according to their records was purchased from an MGM "rack auction" in or around 1970-1971. This piece has been in their archives ever since. The garment is constructed out of heavy salmon pink, fuchsia pink and yellow wool material with brass button detail. The three shoulder cap layers, which are distinct to the Munchkin coats, have wire sewn into the trim giving the material a whimsical shape. This coat was designed by legendary costume designer Adrian, and has an internal MGM Label with an illegible name hand written in black ink (faded due to age). Adrian was also the designer of the legendary, ruby red slippers that are so iconic to this day. He was truly a prized stylist that was widely celebrated by MGM. This piece has excellent investment potential, as items from or made for this legendary film almost never surface. Most of the pieces for the movie were not thought of as "important" until many years after the movie was made. Even though this garment cannot be seen in the film, our auction house spoke with an MGM archivist who let us know that this piece would and could have been used in the scene when Dorothy arrived to Oz. According to MGM archivists, several hours were cut from the film, including footage of the iconic scenes of when Dorothy arrived to Oz. The year 2019 will mark the 80th anniversary of this beloved film, and this piece has been in storage since the film wrapped. The Wizard of Oz is widely considered to be one of the greatest films in cinema history, and has become an icon of American popular culture. For full condition report or questions regarding the authenticity of this piece, please email [email protected] The piece does come with a letter of authenticity signed by the CEO of Eastern Costume.