Back to catalog
Lot 8 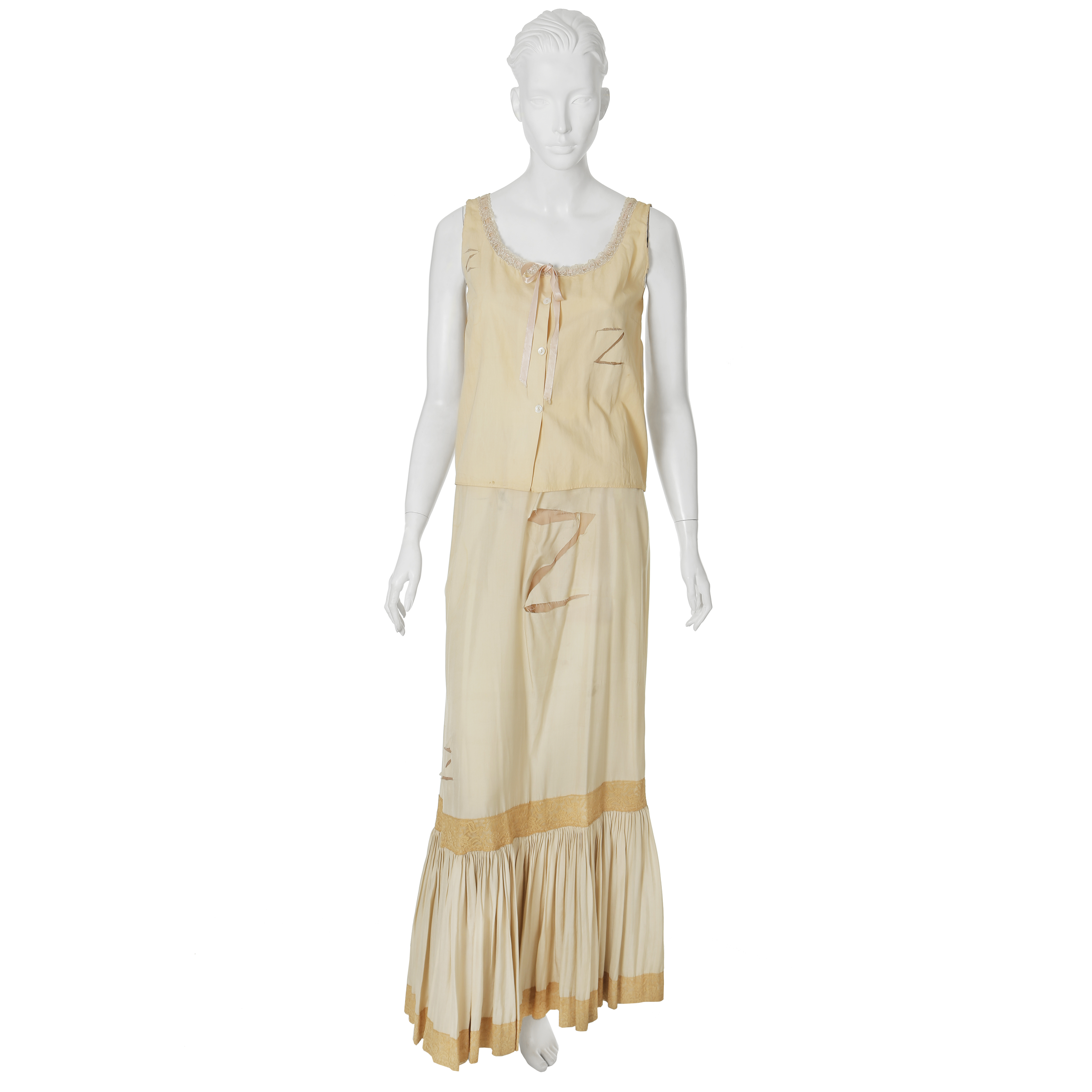 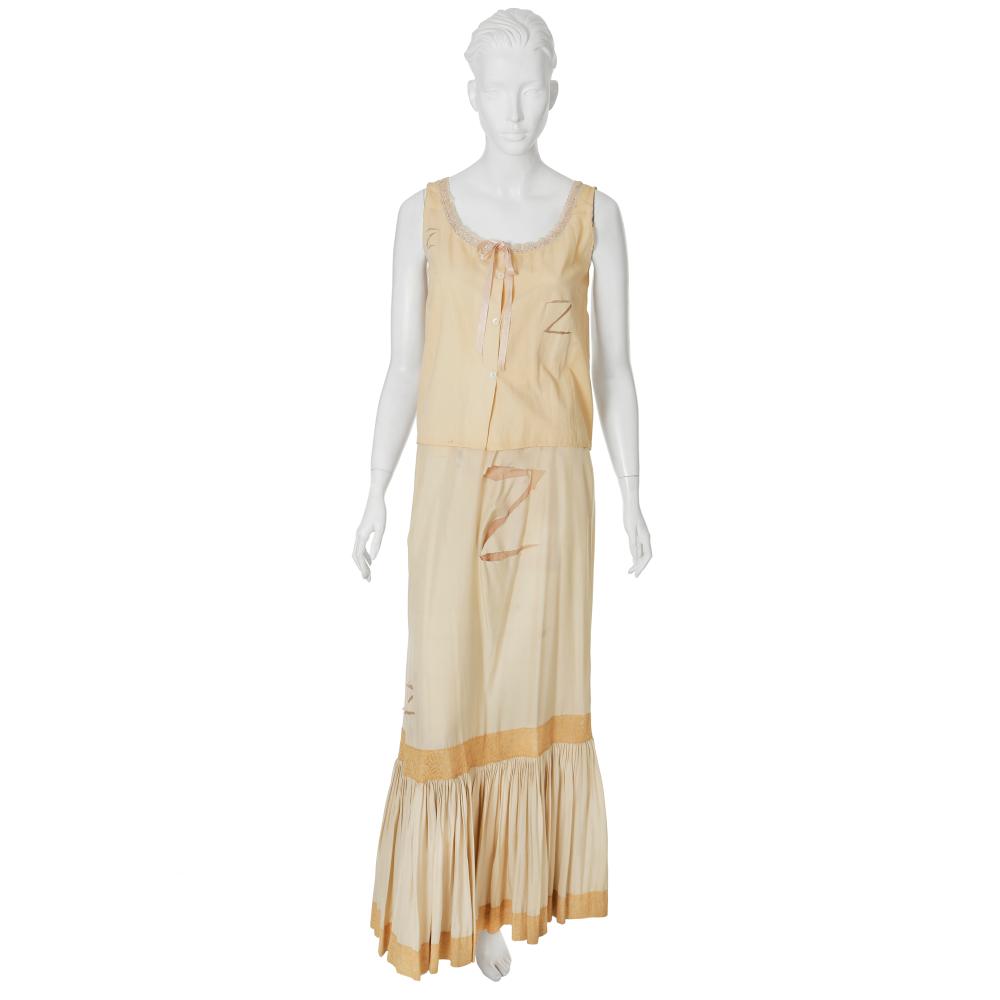 Mary Poppins (1964) Julie Andrews' Creme Cotton Sleeveless Top & Western Underskirt W/Lace Trim & Pink Ribbon Neckline (Has Western Costume Label) W/COA - This ensemble was worn by actress Julie Andrews as she portrayed the title role of "Mary Poppins" in the iconic 1964 film of the same name. This floor length period two-piece cream colored cotton slip has a pink ribbon and lace trim at the neckline, lace trim on the skirt, flounce hem and hook and eye closure. The skirt has an interior Western Costume Co. label with the name Julie Andrews handwritten (ink has faded due to age). This slip was paired with the blue and white pinstripe dress worn in the infamous "Spoon Full of Sugar" musician sequence in the Banks House. The dress was sold separately and the slip has been in a collection ever since. The piece will be accompanied by a certificate of authenticity. Please note: the "Z" shaped cut outs on the garments were made for use in a subsequent production. Mary Poppins was released in 1964 to universal acclaim, receiving a total of thirteen Academy Award nominations, an unsurpassed record for any other film released by Walt Disney Studios. The film won a total of five awards, including Best Actress for Andrews, Best Film Editing, Best Original Music Score, Best Visual Effects, and Best Original Song. In 2013, the film was selected for preservation in the United States National Film Registry by the Library of Congress as being "culturally, historically, or aesthetically significant". Mary Poppins is widely considered to be Walt Disney's "crowning achievement", being his only film to garner a Best Picture nomination at the Oscars in his lifetime.