Back to catalog
Lot 6F 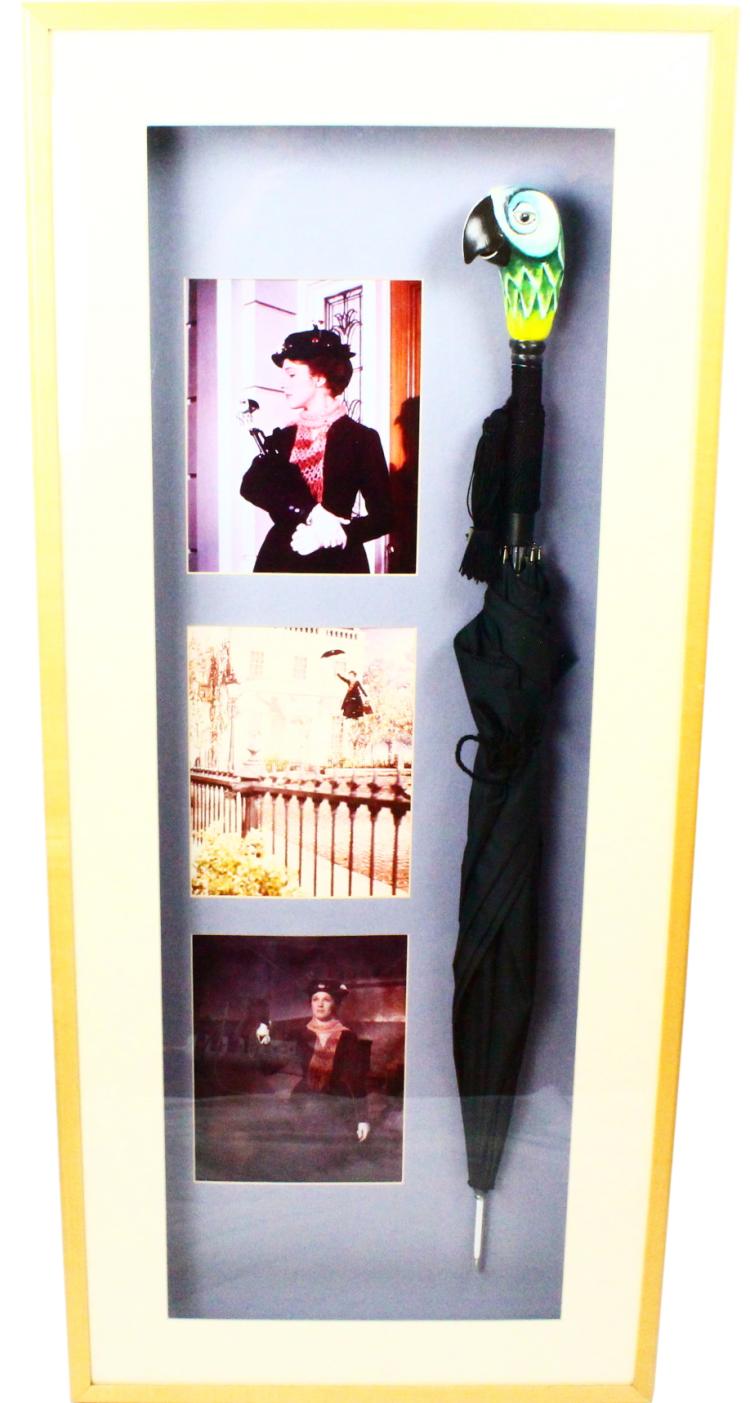 Mary Poppins (1964, Starring: Julie Andrews, Dick Van Dyke) Original Prop Parrot Head Umbrella *NEVER PREVIOUSLY OFFERED AT AUCTION* Framed in Shadow Box W/Photos & COA - This incredible, iconic piece is the original prop umbrella used by Julie Andrews in the filming of the 1964 Walt Disney film, "Mary Poppins". This is the actual prop umbrella used in the film (not a replica), and has never been previously offered at auction. This piece was acquired by our seller (who wishes to remain anonymous) from Ted Shell, who a known costume designer for Michael Jackson, and created his iconic illuminated white glove from his 1984 "Victory Tour". Ted Shell also did design work in film, and restored this piece before it was acquired by our seller. The umbrella was used in the iconic scene in the beginning of the film, when the many potential nannies are blown away from the wind, and Mary Poppins comes floating down from the sky using the umbrella as a "parachute". The umbrella is in beautiful condition, and has been professionally framed in a 47" x 21" shadow box, along with three 8" x 10" still photos from the film. This piece will also come with a certificate of authenticity. This is an excellent investment piece, as Celebrity Memorabilia continues to rise in value faster and more steadily than any other asset class, due to the uniqueness and rarity of the items. Mary Poppins was released in 1964 to universal acclaim, receiving a total of thirteen Academy Award nominations, an unsurpassed record for any other film released by Walt Disney Studios. The film won a total of five awards, including Best Actress for Andrews, Best Film Editing, Best Original Music Score, Best Visual Effects, and Best Original Song. In 2013, the film was selected for preservation in the United States National Film Registry by the Library of Congress as being "culturally, historically, or aesthetically significant". Mary Poppins is widely considered to be Walt Disney's "crowning achievement", being his only film to garner a Best Picture nomination at the Oscars in his lifetime.